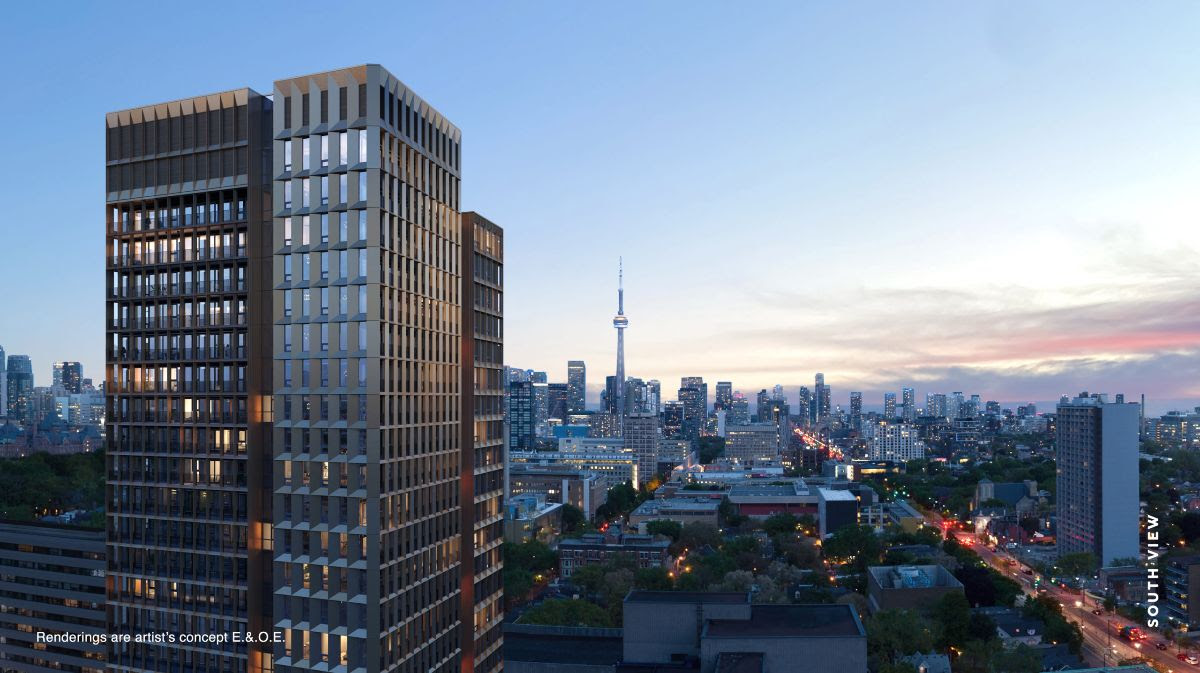 At Cielo Residences, luxury defies expectation. Located in the Annex – Toronto’s celebrated arts and cultural hub
– this statement of refined architectural modernism, poised above a 19th century neo-gothic landmark, redefines
Toronto’s skyline. Live just steps to designer boutiques on Mink Mile, across from the world-class University of
Toronto, and next to the city’s finest restaurants. With the Bloor subway at your doorstep, you’re mere minutes from
almost everywhere in the GTA. Discover breathtaking views above tree-lined Victorian streets.

Cielo Condos represents a notable opportunity, while increasing the quality of living for people throughout the community at 300 Bloor Street West. Located in the Annex neighbourhood in Toronto. In addition, it is a commitment to preserve and integrate traditional heritage architecture with contemporary nature. It is a dedication to uphold the Bloor Street United Church and Annex’s legacy of inclusivity. It’s an opportunity to work together, to knock down barriers, and also rethink how people view culture and home. An environment that values a wide range of viewpoints and thoughts. It’s also a dialogue in which everyone’s voice is heard and that’s how great ideas are developed.